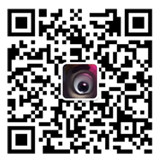 Because of the reset of the season perks, there may be a situation where the damage caused differs from the old season, please don’t worry.

S5 is online!In the S4, the evernight spiders were defeated and the monster rose up, and the Expedition ushered in a new round of impact, requiring more cooperation from the explorers

T11 and T12 are innovative that allow you to challenge multiple affixes at once. The higher the difficulty, the more rewarding it is, and the affixes were replaced

The arena mechanism has been optimized to provide more rewards! The new weekend arena is open on weekends and you can get double rewards and more arena scores

A lot of optimization and adjustment of equipment, perks, ghost and other systems

The ghosts chasing you have also changed, no longer attacking and gaining new abilities, causing more debuff with you

Added the Area Task in Expedition with high reward

Canceled the waiting time in Expedition and adjusted to three expeditions a week, expedition left will reset at 0: 00 every Monday

Adjusted the price of area shop

Removed the dungeon shards in main floor and season floor

T11 and T12 are innovative that allow you to challenge multiple affixes at once. The higher the difficulty, the more rewarding it is, and the affixes were replaced

T11, T12 except for some special shards, challenge failure no longer consume shards

Removed the enchant and potion material in T3

Optimized the arena mechanism, added key for chest as rewards and increase the gem

Upward adjustment of the scores required for the arena ranking, the original ranking is not affected

Adjusted the way we obtain animal materials. The probability of getting the corresponding potion materials after killing specific monsters. You can check the monster drops on the floor. But offline battle loot can not obtain it

Adjusted the potion unlock floor to 121

Optimized the recipe of Backtrack Potion and Growth Potion, now you can use any stage as material

Removed Barbarian Dept skill - Burning Blood
Added skill - Threat（Lv6: The enemy's attack power within 8m around you will be reduced by 30%）

Removed Summoner Dept skill - Inspiration
Added skill - Last Hope（Lv6:If there is only one minion on the ground, its damage reduction is added by 50%）

Increased the shared base damage

Suit adjustment-Hawkeye：When the flight distance of projectile is more than 20m, each meter longer will increase its damage by （20% -> 30%）

Suit adjustment-Face-lifting：When the flight distance of projectile is less than 6m, each meter shorter will increase its damage by （40% -> 60%）

Tentacle Staff(new): Summon a tentacle, attack the 6X2 area in front of it, the tentacle cannot move, it will exist for 10s

Pulse Staff(new): Press to charge, release to launch a pulsed ray, causing 70% magic attack damage, unlimited penetration, the longer the charge time, the larger the ray. During the charging, the launch direction can be adjusted by the joystick

Mark of Revenge(new): After toggled, if the AOE skill hits less than 3 enemies one time, it will give the target a mark which can be stacked up to 5 stages. When next AOE skill hits the marked enemy, each stage of mark increases the damage by 0.5 times

Thump Helmet(new): After toggled, if the hit target is controlled by elemental and physical at the same time, it will cause an additional thump, causing extra physical damage equal to 5% of the target’s maximum hp

Dark Hood(new): After toggled,the character kill minions to get 10% of their attack and speed bonus for 15s

Sorcerer's Hat(new): After toggled, the amount of mana consumed by a spell skill in a single time exceeds the initial value, will add 2% magic attack of the skill per point, up to 200%

Parry Cloak(new): After toggled, when you get the parry buff, restore your own hp equal to the sum of 100% physical defense and magic defense

Higher Potion Cloak(new): Summon a potion servant, every 10s, it will refine the potions automatically used on you. Click the extra icon to switch the refined potion, but it needs to be re-summoned to take effect

Forbidden Shoes(new): After toggled, when the ally dies, will reduce the enemy's attack speed, casting speed and movement speed within 8m by 10% for 5s, can be stacked up to 5 stages

Beam Staff adjustment: Launch a ray of energy, dealing （70% -> 100%） magic attack damage to all targets in the path and canceled the cast animation

Drain Staff adjustment: Launch （1 -> 3） rays linked to the target, stealing the hp equal to your 100% magic attack for each time

Seal Staff enchant skill 1 adjustment: After cast,summon a sealed target as a minion equal to the staff but no elemental mutated rune.Increase the minion's attack by 30% .Tap the corresponding icon to seal selected ennemy and summon later

Folk Hood adjustment: After toggled, when using continuation ray skill hits the target, （1 -> 2） small rays will be divided and dealing 70% magic attack damage to the enemies

Dark Robe adjustment: After toggled,draw 10% attack and 10% maximum of HP from minions(except for blades and ghosts) within 8m per sec.

Witchcraft Clothes adjustment: After toggled,increase the stack limit of poison buff cast by the character by （20% -> 50%）

Parry Armor adjustment: After toggled, you have 10% chance to get a parry effect when you are attacked, which increases your defense by 20% for 10s

Shield Cloak adjustment: Form a shelter within 8m, all the allies(include yourself) in the shelter will increase physical and magic defense by （20% -> 30%）

Drain Cloak adjustment: After toggled, （20% -> 30%） increased hp steal for the allies within 8m

Multiple Ray(new): The number of Rays increased by 15%

Die Together(new): Fire skills will also cause damage to yourself, but add 100% fire damage bonus

Independence(new) :If there is only one minion on the field, increase its maximum HP by 100%

Dexterity adjustment
Original: +20% dodge rate when moving
New: When self dodge is unsuccessful, add 3% dodge to yourself, can be stacked up to 9 stages for 10s

Reduced the attack value of all non-Boss monsters

Adjusted the Stone and Stone Fist skill, removed the stun

Added the skills of elite monsters
Silent Curse(new): Cursed after the attack hits the enemy, unable to hit hp recovery and hp steal, lasting 5s
Self-detonation(new): When dead, it will explode after a delay of 2s, causing magic damage equal to 3% of its max hp to the enemies within 5m.
Revenge Tracking(new): When dead, a tracking ball will be spawned, slowly tracked the player for 10s, causing 100% physical damage when hit.

Increased all the minion Hp

Adjusted the resolve unlock to 41 floor

Fix the issue of abnormal effects of poisonous clothes